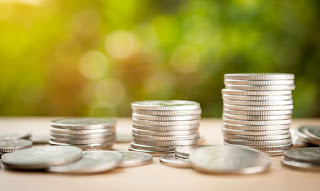 
As I stated in the previous column, NO+ PAYGO: why is the pay-as-you-go system unviable today, the year '80 Chile made the right decision to replace the pension system based on a pay as you go system for an individual capitalization mechanism.

In the present system, a worker contributes 10% of his remuneration to his individual capitalization account, resources that belong to him and that can be inherited by his spouse and children in case of death (in the old PAYGO system, the contribution rate was generally more than 20%). In the current system, when someone does not get enough savings in his account, the State contributes with the solidarity pillar to guarantee a minimum pension.

Since its inception, the average annual return of the private pension funds has been 8.21% real (Fund C from July 1981 to February 2017), which means multiplying $ 1 invested in 1981 by more than 15 times in real terms today.

What do the results of the current system depend on? Several factors: the contribution that people make to their account during their active period (the "gaps" and the number of years without contributions have a very negative impact on the amount of pension a person receives later); the good management of the fund made by the AFPs (Spanish acronyms for the private pension fund specialized management companies – Administradoras de Fondos de Pensiones – or AFP); on the decisions that people make regarding the AFP they decide that will manage their fund, and in which fund they will put their money (A, B, C, D, and E; where the A fund is the more riskier with higher expected return and a larger share of investments made in stock, and the E is the lest riskier with all its investments in bonds and government debt bills); and the dynamism of the economy (the more the economy growth, the more opportunities for formal employment are generated, what increases salaries as well as improves the profitability of the pension fund).

Today the discussion is about raising the contribution by an additional 5%, which is part of the gross remuneration to be paid by the employer. The professional and specialized administration that has shown the AFP, who have obtained the aforementioned profitability, justifies that they assume the management of the 5% of additional contributions.

It is not appropriate for that 5% of additional contribution not to go entirely to the worker's' individual capitalization accounts, because regardless of how is camouflage it is part of the gross remuneration that employers will pay to their workers, and it will be discounted from the gross income to determine the workers net income.

Any mechanism that implies that the 5% of additional contribution does not reach the worker's individual capitalization account, can be read as a hidden tax hike.

In addition, it is very important to move ahead in generating greater competition in the system, which together with the search for spaces to reduce commissions, make it possible to improve the efficiency and profitability of the fund by the investment management companies.

Improvements in the system must advance on how to improve workers' pensions. There are no magic formulas. The most important variables to be analyzed are the increase in the amount of the contribution and the revision of the retirement age, seeking to solve the problems of gaps in contributions and to get people to have a greater number of years with contributions along with their life.

The Chilean pension system is not broken, and on the contrary, the funds of the workers - US $ 170 billion invested in Chile and abroad - are highly solvent.

I leave a question to comment: How do you think it could be increased the competition in the AFP?

Posted by Ricardo Raineri at 9:50 AM