The rejection of the Dominga project is a bad signal 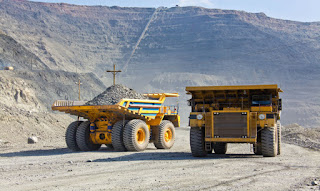 The rejection of the Dominga project is a bad signal
(Source: Emol, Clase ejecutiva)

The recent rejection of the Environmental Qualification Resolution of the Dominga project, which had a favorable recommendation of approval by the Environmental Assessment Service of the Coquimbo Region, is not a good signal and do not contributes to improve the business environment for the development of mining projects in the country.

Dominga, with an estimated lifetime of 26.5 years, investment of US $ 2,500 million, which would employ about 10,000 people in the construction phase and 1,500 people during the operation, and a production of 12,000,000 tons of iron concentrate and 150,000 tons of copper concentrate per year, has been rejected at the regional level, after three years of evaluation. Their owners, if they want to persevere with this project, must try their luck in the Committee of Ministers, to see if in this political instance they have the chance of reversing the decision.

Natural resource-rich economies have an additional source of growth, but it is not always well exploited, and what is worse, often ends up becoming a curse rather than a blessing.

In the last decade, the GDP of the mining sector has represented between 10% and 25% of the national economy, and mining exports represent more than 50% of the total country exports, with a contribution to the government revenues that has fluctuated between 6% in 2015 and 34% in 2006.

Unfortunately, in recent years, investment in large-scale mining has fallen from US $ 15 billion in 2013 to US $ 10 billion in 2015, and the number of jobs in the mining sector has fallen from 885 thousand in 2013, within direct and indirect jobs, to 710 thousand in 2016. In part this responds to the fall in the price of copper and other minerals in international markets, but there are also important internal factors, such as the large increase in production costs locally. Above all, there exists a sharp increase in labor costs, own and contractor, which has increased from 20% of total costs in 2005-2007 to 60% in 2014; and that in a significant way responds to a capture of the mining revenues by their workers, in detriment of higher incomes for the fiscal coffers, the shareholders of the companies and the country. Also, and along with rising costs, the conditions for the development of mining projects have deteriorated visibly, as shown by the Fraser Institute's index of attractiveness for mining investment, where the country was surpassed by Peru. If in 2015, Chile was ranked 11 and Peru 36, in 2016 Chile falls sharply to the 38th place and Peru rises to 28 in the ranking.

The deterioration in the ranking of Chile in its attractiveness for mining investment is not an isolated fact, and adds to the deterioration of the country's position in other international indicators or rankings, such as the Doing Business or the productivity ranking, among others, which should be a matter of deep concern regarding the future development of the country. The rejection of Dominga only makes this situation worse.

http://claseejecutiva.emol.com/506/rechazo-al-proyecto-dominga-una-mala-senal/
Posted by Ricardo Raineri at 9:48 AM