NO+ PAYGO: why is the pay-as-you-go system unviable today 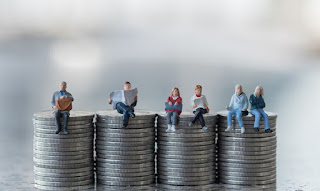 
The low birth rate and the increase in life expectancy explain why the pay-as-you-go system would not improve pensions.

In 1980, Chile made the right decision to replace the pension system based on a pay-as-you-go (PAYGO) mechanism, with a fully funded individual capitalization system run by private sector pension funds. In a pay-as-you-go system, the active population pays contributions with which pensioners' pensions are paid, and in an individual capitalization, the employee's contributions made to their individual savings account is what builds the fund that will be used to finance their pension.

The functioning of the pay-as-you-go system is strongly influenced by demographic changes. In Chile, there is a strong drop in the fertility rate. In 1960, a woman had an average of 5.6 children, in 2012, only 1.83. There is also a strong increase in life expectancy. At the beginning of the 80s, the latter reached 71 years, and today it has increased to more than 80 years.

In theory, the pay-as-you-go system could work and provide pensions similar to the salary that was received at the time of retirement. For this to happen, however, the growth of the labor force is expected to outpace those who are retiring, or that strong economic growth leads to higher wages in a way that active workers can pay higher contributions to finance the pensioners' pensions.

If today the contribution rate of an active person is 10% of his salary, in a pay-as-you-go system for that person to receive a pension that is equivalent to his salary, requires that there are 10 active people with a similar salary, where each have to contribute 10% to finance the pension of those who have already retired.

In 1980 people aged between 20 and 65 were in a ratio of 10 to 1 compared to those over 65. But in 2015, Chileans between the ages of 20 and 65 are at a rate of 6 to 1 compared to those over 65.
If in addition, the projections are that life expectancy continues to increase and the fertility rate will decrease somewhat, then the proportion of people over the age of 65 will increase even more than those between 20 and 65. By 2040, it is projected that this ratio will be less than 3 to 1.

And so, the burden on the working population, in terms of paying with a proportion of their salaries the contributions needed to the financing of retirees' pensions, will not be sustainable, and will lead to diminishing pensions; except the case that the system and the country increases its debt, or sells parts of its assets to finance the growing deficit that, due to the low number of contributors and an increasing number of beneficiaries, is being created in the economy.

I leave you with a question to comment: With the proportion of workers between the ages of 20 and 65 decreasing more and more, is it the right decision the tying the pensions to the contributions that can be made by active workers?

(Source: Clase Ejecutiva, Emol)
Posted by Ricardo Raineri at 7:32 AM