South America is a region blessed with abundant natural and energy resources, fossil fuels and renewable sources, where its appropriate use can bring significant revenue to his population. While in the region remain large settlements of poverty and underdevelopment, with precarious living conditions for a significant part of the population, the region has not take advantage of all its energy resources potential.

In the region's oil reserves are 20% of world reserves and second in amount after the Middle Eastern, and allow meet current demand in the region for the next 100 years; natural gas reserves are 266 trillion cubic feet, and they increase in 500% if we add the technically exploitable reserve of unconventional gas, which is enough to supply the current consumption of the region for the next 400 years. South America also has a great opportunity to develop a renewable energy matrix, with a huge hydropower potential of 360 GW, of which only 40% has been developed. And, the to this availability of renewable hydro resources we must be added the great potential in new sources of electricity generation such as wind, solar, geothermal, tidal and ocean, and biofuels, which in the coming years will have an increasing role in the energy matrix in response to the great challenges facing humanity to develop a low GHGE energy matrix.

While the region has been favored with abundant renewable and conventional energy resources, they are not distributed uniformly in the countries, while also the distribution of these resources is not related to the current energy needs and demands presented in each of the countries. For example, in Chile the high costs of energy are explained in part by scarce energy resources has it is compared with other regional economies, putting on its aspirations to achieving development an obstacle because the loss of competitiveness that the high energy costs mean for the realization of productive enterprises. Energy resource access conditions are more favorable in other countries in the region with abundant energy resources which, besides a progressive consolidation of their democracies, political and social stability, have allowed them to create an increasingly favorable climate for foreign investment.

Energy integration in the region is moving, but slowly, and is an area of ​​development where everyone can win. Exporters get more resources to nurture their growth, employment and finance social programs; while importing countries, under a robust contractual and institutional design, access to more efficient sources of conventional and renewable energy, and at lower prices to reach a more competitive development.

What are the alternatives for energy integration? One possibility is to base the integration in the export of surpluses, based on the availability of energy surpluses existing at the time. In this model, for example, countries complement their electrical systems to reduce the risks of shortage facing a drought season or a glitch in their generation - transmission system, where energy trades have as main objective the provision of backup capacity and reserves to deal with contingencies. Here energy exchanges are small and certainly the benefits, where the countries underscores the concept of energy independence. A second model is one where the countries with abundant energy resources develop and commitment for long periods, energy infrastructure for export. In this model, the benefits of energy integration are higher for all stakeholders, and the exporting country may further advance the development of infrastructure such as electricity, which ultimately is funded by the importing country. An example of such integration is given by the binational Itaipu plant with 14,000 MW, a joint plant equally owned by Brazil and Paraguay, and where 80% of generation is destined to the Brazilian market. 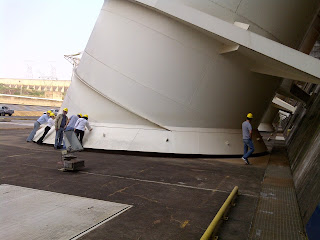 The challenges of moving towards greater integration are not minor, they are technical, regulatory, commercial, but certainly the greatest is geopolitical. It is necessary to generate trust and certainty that what is agreed in matters of energy integration will be respected, and the region should avoid repeating situations like the failed experience of natural gas integration between Argentina and Chile which ended in a deep natural gas crisis where Argentina suspended natural gas exports to Chile. This crisis meant a before and an after in the Latin American energy integration process. It is therefore necessary to move decisively to achieve international agreements that have robust guarantees to generate trusts on the adequate security of energy supply. Undoubtedly, there are suspicions, but the conditions for appropriate energy integration should be worked and decidedly Latin America should move strongly into this game.
Posted by Ricardo Raineri at 6:06 AM