Chile is not an oil producing country, but has a story of success and failure to tell

In the last decades there are several factors which led to a decrease in gas and oil production in Chile. Certainly, the depletion of conventional resources in the Estrecho de Magallanes, which historically has been the place where oil and gas activity have taken place in the country, initially onshore and subsequently offshore, is one.

The petroleum activity in the southern region dates back to 1945 with the discovery of the first deposit. In 1950, the National Petroleum Company (ENAP) was created with the aim of engaging in exploration and production of oil. In Chile, both the underground gas and petroleum belong to the State, and ENAP has the right to engage in exploration and production activities of both oil and gas.
The peak in oil production occurred in 1982 with 55,000 barrels per day (b/d) of crude oil, what drop to 18,000 b/d in 2012. For natural gas, this peak was in 1973 with 22 million cubic meters (considering the reinjection), and fell to 3.75 million cubic meters per day by 2010.
In the early 1970s, when onshore production starts to decline, ENAP launch and offshore oil exploration and production project in the Estrecho de Magallanes. This program helps to revert the downturn in oil production, and in 1982 the country reached its peak in oil production. However, since then, ENAP resources to invest in exploration and production activities were dwindling. It did not invest in new technology or exploration wells, with 120 wells drilled in 1982, between 2000 and 2005 ENAP drilled only five wells. And thus, domestic oil and natural gas production was mainly determined by the existent wells rate of decline. At that time, was the belief that the area of Magallanes is an area already depleted. With this idea ENAP start looking for alternative oil sources to secure the country´s supply. 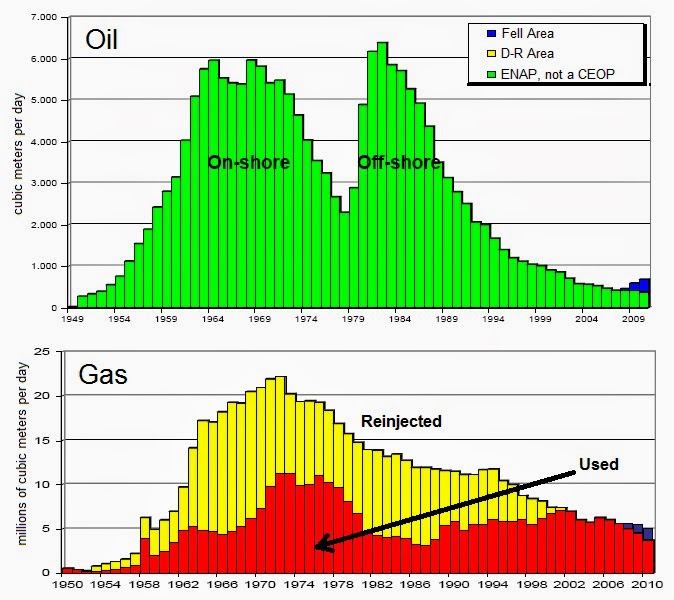 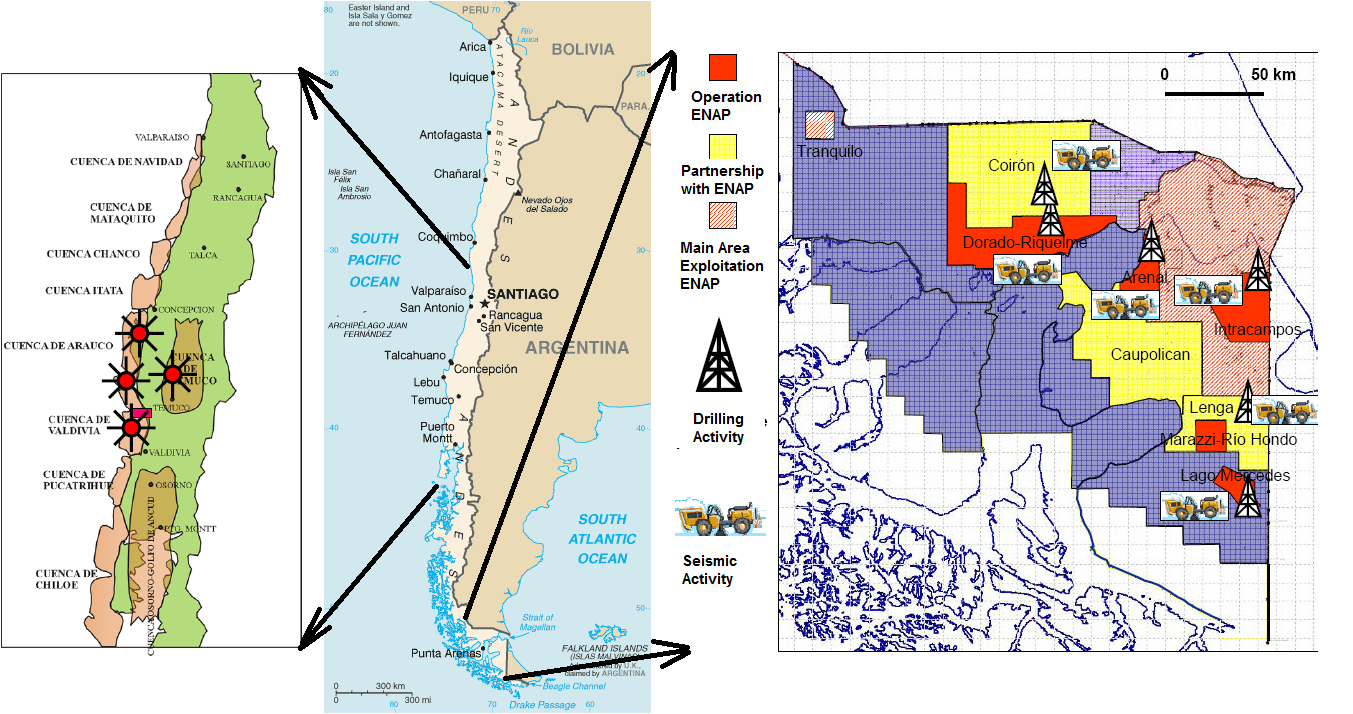 To succeed Chile in turning around the decline in oil and gas production, it must be bolder in improving the business environment, the contract framework, and in opening new areas for oil and gas exploration and production to attract more investment and new technologies. The risks of the oil industry are diverse and extensive. And usually, in the developing world, more than the geological risk, the greatest risks are over the ground, on issues related with the regulatory framework, rule of law, enforcing contracts, proper prices which take into account the costs and risks of the activity.


Another important aspect, which mainly affects the incentives to attract private investment to the Magallanes Region, is the generalized subsidies that exist for natural gas consumption. The natural gas household prices in the region are US$ 1.3 per million of BTU, plus the value added from the distribution cost, and this is below the production costs of new wells.


The heavily subsidized natural gas price, which makes no difference in the poverty status of the beneficiaries, has encouraged an increasing use of natural gas, and has led the current administration to ask the Chilean Congress, in the 2015 Finance Act, to allocate US $ 92.5 million to subsidize the natural gas price in the region for the year 2015. This translates into a subsidy of $ 578 per person per year. As reference, in 2012 the Government of Chile spent on grants and bonds to reduce poverty US $ 517 million, of which US $ 156.6 million were used to ensure what has been called the ethical family income that is aimed at the poorest families. A total of 220,795 families were benefitted by this grant, receiving US $ 709 per household or US $ 177 per person (assuming a family of four). This huge distortion encourages consumption but create a negative incentive to attract new private investments in the sector. Instead of this generalized subsidy, the authorities should lock for a more focused subsidy that tackles the poor. This is a highly politicize issue in the region, where exist the belief that this gas is for their own and domestic consumption.


Given the uncertainties and prospects for oil and natural gas exploration and production in the region, METHANEX, a methanol producer and the main natural gas consumer in the region, have confirmed that it withdraw gas exploration in Magallanes and that it has dismantled two of the four production trains it has in the region. METHANEX was an important factor to enable large investment in exploration and production of natural gas for the region, but given the uncertainties surrounding property rights to dispose freely of the produced natural gas, at a reasonable price, and because of the better prospects for this activity in other regions of the world, the role of METHANEX as an investment enabler has been seriously diminished. Having adequate prices in the foreseeable future that cover the costs and risks of the sector is crucial and essential to attract new investments, but this is something that is not happening in Magallanes.

Posted by Ricardo Raineri at 11:10 AM