Will Chile be able to leave the ICU? 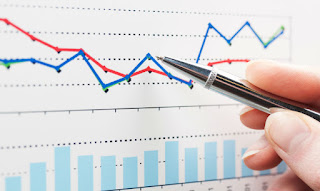 Will Chile be able to leave the ICU?
(Source: Claseejecutiva, Emol)


In 2008, in a speech to businesspeople, Peruvian President Alan Garcia said: "We admire and appreciate Chile, for its experience, for its democratic coordination, for its growth, all we say is that we want to win it, we want to be better ... "Words that shook patriotic pride and have led Peru to be one of the most dynamic and fastest growing economies in the region.

Until 2013, Chile led the ranking with the best business environment in the region, above Peru, Colombia, and Mexico. However, today Chile is relegated to the fourth place, below these same countries. While this in part recognizes the efforts made by various economies to improve their business environments, the loss of Chilean leadership particularly accounts for poor reforms and announcements of change in political leadership made in the last few years. This has led to a strong detriment in the dynamism of the Chilean economy, where in the last three years growth has averaged a meager 1.9%, well below the 5.3% achieved in the previous four years.

The market-oriented model implemented by Chile has led it to be one of the countries with highest per capita income and human development ranking in the region. Where after a success development path followed in the last three decades, the country must have moved towards reforms of second-generation aimed at finding, with appropriate adjustments, the level of fine tuning to be achieved in the regulatory framework, in institutional development, and in correcting the market distortions that arise with development.

Unfortunately, recent years have been marked by reforms and ideas of destroying what exists, seeking to establish failed models that seek to grant greater control and interference to the state in economic activity and restrict the freedom of citizens.

Chile's greatest challenge is to be more innovative, to improve the efficiency and competitiveness of the country, and to advance second-generation reforms, giving more and no less space to the initiative and entrepreneurship of the private sector. Along with this, it is important to take care of the country's internal coexistence and the business environment.

It has been thanks to the market-focused development model that Chile is one of the region's highest per capita income countries, and that is why it was able to become a full member of the OECD.

The cost of bad reforms, as the tax and education reforms, and other bad reforms that have been boosted in recent years, coupled with a climate of increasing uncertainty and disrepute towards business activity, have led to the sacrifice of growth and the creation of good jobs. In this, the country has been left with a very bad result and damage in the well-being and security of each one of the Chileans.

For Chile to resume its leadership, it must advance in market reforms that promote investment and entrepreneurship, where the great beneficiaries will be the working people.

Will Chile be able to leave the ICU?
(Source: Claseejecutiva, Emol)
Posted by Ricardo Raineri at 10:13 AM